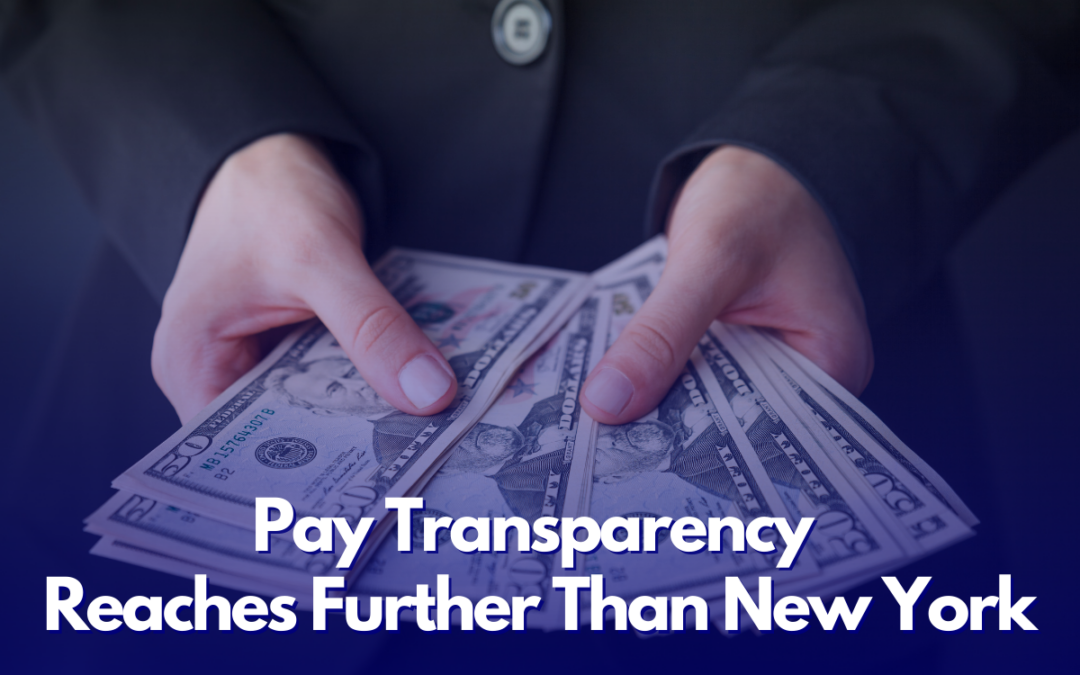 This year, New York joined the ranks of states such as California, Connecticut, and Washington who have pay transparency laws on the books.

The law is designed to hold companies accountable for the salaries they offer. Every job posting must include a bona fide salary range for the position to ensure employees are fairly compensated.

The impact of these laws is twofold: on the surface, the requirement ensures that new hires into a role know what they will be compensated for, within reason. The second effect is that current employees can see the competitive hiring rate of new hires and thus advocate for fair pay for themselves and their peers. The hope is that these laws will address the gendered and racialized pay disparities and ensure that residents of that state are paid fairly.

Meanwhile, what are the implications of these laws for employers outside of these states in an increasingly digital and WFH world?

For the purposes of New York law, this means that if an out-of-state company posts remote work and a New York resident can apply for or accept the job, they must also comply with New York law.

As the law is implemented, it will be interesting to see how strictly the law will be enforced for out-of-state employers. Lawyers speculate that companies may be able to argue against the law if their listing requires an office presence in their own state, though it is still “unclear” how much of the duties must be performed in New York for any given remote job before the law takes effect.

For in-state employers, first time violations will be forgiven if the issue is “cured” within 30 days; after that, companies face fines maxing out at $250,000 per violation. The New York Commission for Human Rights is responsible for tracking down violators.

It is expected that it will be the same for out-of-state employers, with the exception of perhaps a little more leniency with the first violation. After all, the goal of such consequences is to force companies to list fair pay ranges, and a big part of that is letting out-of-state companies know what laws they are subject to when hiring remote workers from the state.

Of course, we’re speaking in terms of the New York law. Much of this applies to other states with pay transparency laws. But what about on the national level?

Since 2021, President Biden has put his money where his mouth is when it comes to pay transparency beginning with an executive order prohibiting national agencies from using pay history to set the salary of new hires, official regulations codifying pay transparency and equity are expected to be put forth in the coming year.

One thing is for sure. When it comes to pay transparency, it will be impacting all employees, new hires and incumbents alike. The implications certainly reach across state lines as well.

This blog was taken from SHRM; read the original here.